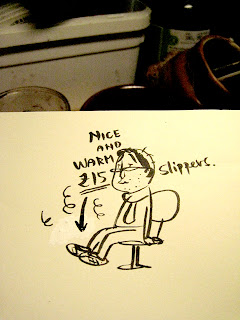 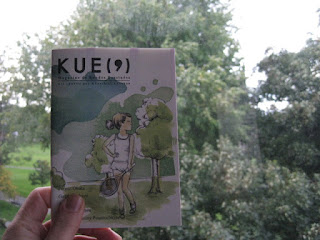 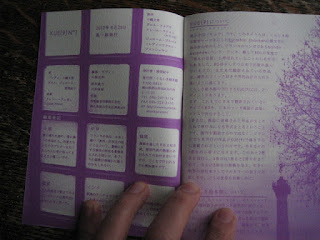 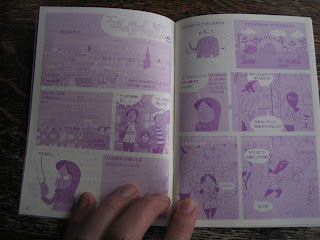 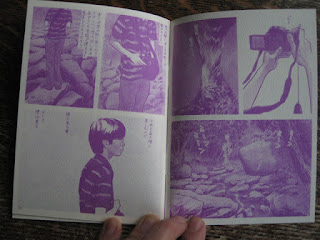 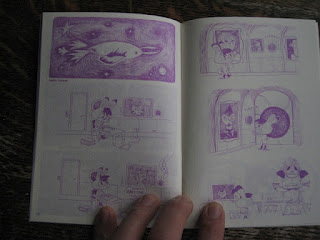 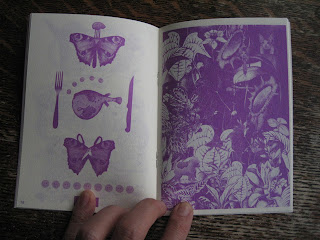 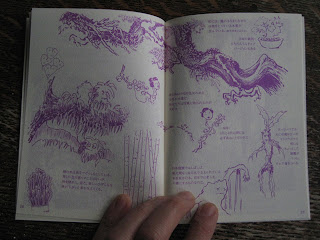 Along with the fellow french comic artist/visual artist/illustrator/animation director, my friends, Jerome Boulbes, Freddy Nadolny Poustochkine, Gaelle Duhaze and A-li-ce, my 3page story got involved in this collective magazine in Japan by Kurashiki Ehonkan.The magazine is called KUE(meaning '9' in Japanese). Because comic art is called the 9th art in France, it is a collective aiming to introduce French comic scene to Japanese audience. http://www.kurashiki-ehonkan.com/
My pages are the 3rd one from the top.The title is called 'Alice in Edinburgh', about a Japanese girl who just moved to Edinburgh and encounters strange things in the city.It's only available in Japanese. More episodes to come along with the 2nd and 3rd issue of KUE(9) magazines. 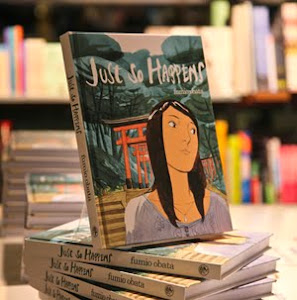 My latest book is out right now

The reviews for 'Just So Happens' 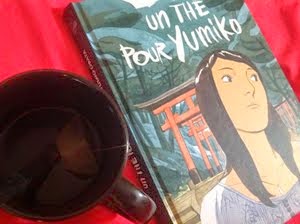 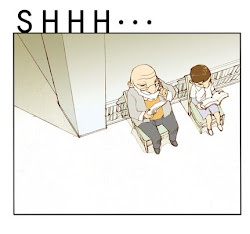 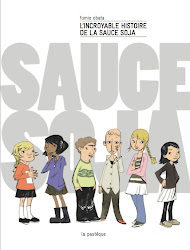 My comic book is on sale.Also check out my publisher La Pastèque.

Extract of the Soya sauce 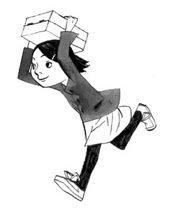